Racial Harmony Day is an annual event held on 21 July to commemorate the race riots that took place on 21 July 1964. We must not take for granted the peace and harmony we have today. Instead, we must continue to cherish and celebrate the rich diversity of Singapore’s culture and heritage, as well as uphold our values as a racially and religiously harmonious nation. Food plays a big part in every ethnicity’s culture and is also something that brings and bonds people together. Since “food” is often considered a passion and “eating” as a favourite pastime of many people in Singapore, this fun blog post features members of the FuelFit Team and their favourite “traditional snack”, as well as how much they cost…in terms of burpees! 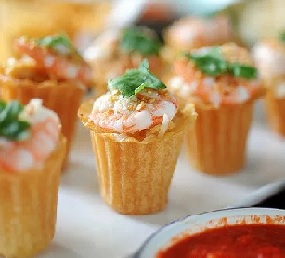 Kueh Pie Tee is a popular Peranakan dish often served as finger food. It consists thin and crispy pastry shells, filled with a savoury filling and topped off with garnishes. The savoury filling is a mixture of thinly sliced jicama (or better known locally as “bangkwang”), bamboo shoots, tau kwa and dried shrimp. The garnishes include crab meat, prawns, chinese coriander, chopped peanuts and a freshly blended chilli sauce.

Estimated No. of Burpees Required To Burn It Off: 528 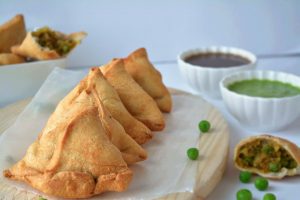 Samosa is a popular entrée, appetizer or snack that is fried or baked with a savoury filling, such as spiced potatoes, peas, onions, lentils, and sometimes meat such as minced lamb. It is claimed to have originated from the Middle East and subsequently introduced to India in the 13th or 14th century by traders from Central Asia.

Estimated No. of Burpees Required To Burn It Off: 616 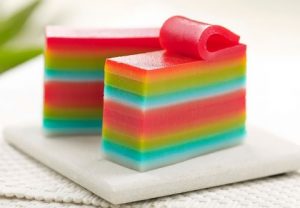 Estimated No. of Burpees Required To Burn It Off: 240 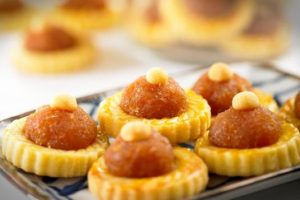 Pineapple tarts are small, bite-size pastries filled with or topped with pineapple jam. The pastry has a buttery and melt-in-the-mouth texture and the pineapple jam is made by caramelizing grated fresh pineapple mixed with sugar and spices such as cinnamon, star anise and cloves. Although pineapple tarts are often consumed as a “festive snack” during Chinese New Year, Hari Raya and Deepavali periods in Singapore or Malaysia, they can also be found year-round in some commercial bakeries.

Estimated No. of Burpees Required To Burn It Off: 442 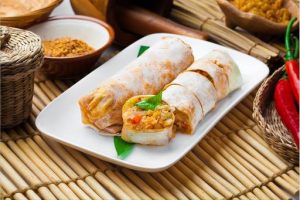 Popiah is a fresh spring roll originating from Fujian. The dish consists of 3 main portions, the “skin”, sauce, and filling. The “skin” is a soft, thin paper-like crepe or pancake made from wheat flour. It is eaten with sweet sauce, shrimp paste sauce, and hot chilli sauce (if you like it spicy). The main ingredients of the filling is made from finely grated and steamed or stir-fried turnip, jicama (known locally as bangkwang). These are then cooked with a combination of other ingredients such as bean sprouts, french beans, and lettuce leaves, grated carrots, slices of Chinese sausage, thinly sliced fried tofu, chopped peanuts or peanut powder, fried shallots, and shredded omelette.

Estimated No. of Burpees Required To Burn It Off: 376 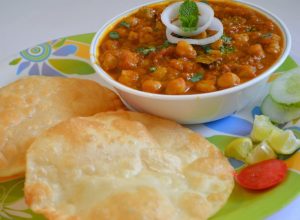 Chole Bhatura is a popular dish in Punjabi cuisine. Chole is a spicy curry made from white chickpeas and Bhatura is a fried leavened bread. It is a combination of chana masala (spicy chickpeas) and fried bread called bhatura made from maida flour (soft wheat). It originates from the region of Punjab of India and Pakistan.

Estimated No. of Burpees Required To Burn It Off: 600 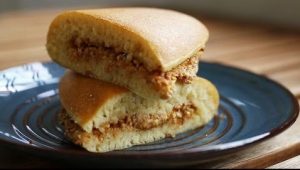 Min Chiang Kueh is a peanut pancake that commonly found in Singapore and Malaysia and was originally made by the Hokkien people. It is often eaten as breakfast food or an all-day snack. To begin, the pancake is made by pouring batter on a flat griddle. Once the batter is cooked, roasted crushed peanut mixed with sugar is sprinkled all over. Finally, the pancake is then folded and cut into smaller pieces.

Estimated No. of Burpees Required To Burn It Off: 244 burpees 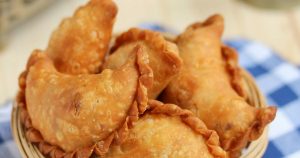 Epok Epok is often referred to as the “Malay-style curry puff”. While the Chinese Curry Puff has a thick buttery crust, the Malay Epok Epok has a thin flaky crust. The traditional Epok Epok does not contain curry. However, the version that we enjoy today often consists of one or more of the following ingredients which include potato, sardine, egg, chicken, lamb, beef, onions, or carrot. The ingredients are then cooked with salt, curry powder, oil and chili to make the filling. Epok Epok is also sometimes served with a chilli sauce for dipping.

Estimated No. of Burpees Required To Burn It Off: 300 burpees 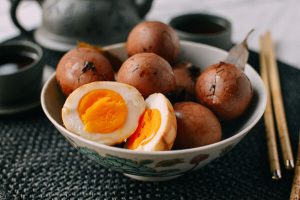 Tea Egg or 茶叶蛋 (pronounced as cha-ye-dan) is a traditional Chinese savoury food which is often sold as a snack. The eggs are boiled, cracked and then boiled again in various spices, soy sauce, and black tea leaves. A commonly used spice for flavouring tea eggs is Chinese five-spice powder.

Estimated No. of Burpees Required To Burn It Off: 158

*Estimated no. of burpees is based on the assumption that 20 burpees = 10cals.